Arsenic-poison for herbicide, arsenic-poison for insecticide and most importantly Arsenic – fatal to humans, and therefore used for chemical warfare Looking out the window and being fascinated by the natural and pastoral scenery around us and our child The same scenery is rich in vineyards, orchards and strawberries from Ramat Hasharon

"to hear the sprinkles of twilight at dawn, and the whistle of the wind, at sunset

And most importantly, the scents of the flowers and the fruit, which we are given at times

As well as the minister's rain, and drums for us too … "(written by Eve extinct)

On the face of it, there is a happy and healthy song that is not indicative of solid health and wonderful longevity But every sentence in this poem indicates a failure that may cost us health.

In the modern world, there are two leading and deadly pollutants in drinking water and bathing both in Israel and in the world, That the authorities unfortunately cannot remove, lead and arsenic

And seep into the sources of our drinking water,  Arsenic cannot be disposed of in iodine, osmosis, and certainly not in desalinated water

Note: According to the Ministry of Health, arsenic levels are not measured by water suppliers

Note: Arsenic is very chemically similar to phosphorus and therefore blends in with biological processes, causing lethal poisoning, by the way, strange, but Siliphos has both phosphorus and arsenic …. Interesting

Note: Due to its toxic properties, arsenic is used in domestic and agricultural pesticide sprays, and due to its lethal ability at low doses, is also used in chemical warfare

Note: The Ministry of Health establishes a PPB value of 10 PPB, even though a delicate committee changed it to only 5 PPB

Note: Reverse osmosis does not remove arsenic from the water, so desalinated water is also unsafe

Note: A national survey conducted and by the recommendation of the "Delicate Committee" Arsenic disqualifies all drinking water in the country

Note: Hard questions, does anyone in the Israeli government know about the state of arsenic in water?

Note: If you ask the governing body who is supposed to check and enforce the arsenic issue, if it ever checks the arsenic? and if not Does an answer like … "We don't have the manpower and budget for these tasks …" Seems a logical answer to the Knesset debate on the health of 8 million citizens?

If the Ministry of Health claims that it does not find arsenic in drinking water in Israel, then the recommendation of a delicate committee should be reduced by half to a value of 2.5 PPB and not twice the recommended rate

Below is an interesting article, we didn't touch

The red line marks the annual standard of 6 nanograms per cubic meter. It should be noted that the maximum concentrations measured in the study, exceeding 6 nanograms per cubic meter, are not considered formal for deviation from the standard, since the standard refers to an annual average, while the measurements were taken for a short period of 12 hours. However, the high concentrations are certainly indicative of a possible arsenic problem in Israel, and especially the average concentrations throughout the year in the study showed levels approaching the standard value…

If the state had adopted the conclusions of a delicate committee, then 43% of the average yearly tests for drinking water, and 12-hour tests were found In Israel for example 100% of the drinking water testing failed.

The black line we added, this line indicates the recommendation of a "delicate committee", regarding a maximum level of 5PPB arsenic to the maximum amount, the red line of the "standard" is the delusional line because it is not 5 as recommended and no formal value to refer to, so what are useful their Smart regulation?

Apparently, the Delicate Committee is not the only one that recommends a maximum value of 5PPM and in fact this decision was based on the American EPA's decision to think so

If the Ministry of Health had adopted the right kind of thinking and accepted the recommendation of a "gentle committee", as developed countries behave and care for their citizens, and if they did not rely on the average arsenic in water for a year, two important things would happen:

1) We would send a kind of wisdom and a lot of health to the residents, and not the kind of ignorance, since a year's exposure to arsenic certainly causes harm, and the Ministry of Health clearly allows it

2) On receiving a recommendation from the "Delicate Committee" it can be learned that all 7 of the 7 tests are invalid, leading to 100% disapproval of drinking water and all areas of the country.

3) Very respectful to both protect the sky with an iron dome and also protect us from the ground in decision only.

The health effect of arsenic

As mentioned, arsenic is one of the most dangerous substances, and is also known to contain all living things, especially humans

The World Health Organization ranks arsenic in the top ten of substances harmful to humans.

The arsenic problem affects the health of millions of people around the world by taking a shower and drinking.

Arsenic is certainly a carcinogenic factor in humans and causes cancer of the skin: the skin, the respiratory system, the liver, the bladder and the lungs.

According to a report from the International Cancer Research Foundation, there is evidence that arsenic intake in drinking water and bathing causes death from poisoning, however low exposure causes stomach pain, vomiting, nausea, and lowering the rate of white and red blood cells, as well as damage to the blood vessels.

A shower of arsenic water causes a change in skin tone, redness and skin swelling

Arsenic is certainly a carcinogenic factor in humans and causes cancer of the skin: the skin, the respiratory system, the liver, the bladder and the lungs.

According to a report from the International Cancer Research Foundation, there is evidence that arsenic intake in drinking water and bathing causes death from poisoning, however low exposure causes stomach pain, vomiting, nausea, and lowering the rate of white and red blood cells, as well as damage to the blood vessels.

A shower of arsenic water causes a change in skin tone, redness and skin swelling

Exposing pregnant women to arsenic in the shower and / or drinking can damage the fetus and produce birth defects,

The delicate committee, in the new water regulations, stated that the permitted amount of arsenic in drinking water in Israel is 0.05 milligrams per liter, which was also true in 2014.

In another Ministry of Health publication, it claims that the maximum concentration of arsenic in drinking water in Israel for example, is 10 micrograms (PPB) In 1 liter

Did you know! Reverse osmosis does not remove arsenic from the water!

…… RO is not effective at removing arsenic ……

Arsenic in New Jersey 3 PPM Arsenic for fear of cancer, according to an extensive survey by the Institute of Water Quality in New Jersey, USA

The truck contains tons of arsenic and more, and I ask why?!

Why not at night time?

Why not by train?

Why unaccompanied as a step-cargo?

And most importantly, why should I ask why, and not the state?

If you count the number of trucks that do so, then you might want to get off the ground, You should read about arsenic and phosphorus

Arsenic is a relatively common element. It has no color, taste or smell, so for a long time it was the "tools" preferred to killers. Arsenic is toxic to most life forms even at very low doses

Picture of the wounded arsenic

Below is a picture of a person injured by arsenic, the arsenic wounds can be clearly seen on the victim's skin.

Elimination of the obligation of fluoridation is a delicate committee

The Ministry of Health recommends 0.5 PPB

What is photochemical smog?

Arsenic in water in Israel and whole over the world

In 2009-2010, the Ministry of Health conducted hundreds of tests on drinking water sources, and in about 90% of them no arsenic was found. In tests where this material was discovered, its concentrations were lower than the standards.

The following are sources of arsenic emissions from factories and wastewater treatment plants in 2012-2014 as reported to the CBS – the Ministry of Environmental Protection's emissions record. The data are in kg per year, with 0 indicating an amount below the reporting threshold. One can be impressed that there is a high variability between the emissions of different sources between the different years and also the total amount of emissions ranges from one kg to 1,400 kg within one year.

The conclusion is:  Fluorine is harmful to teeth 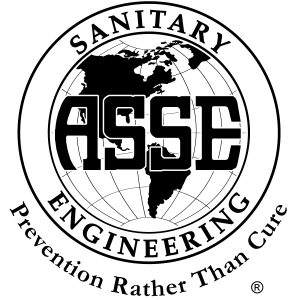